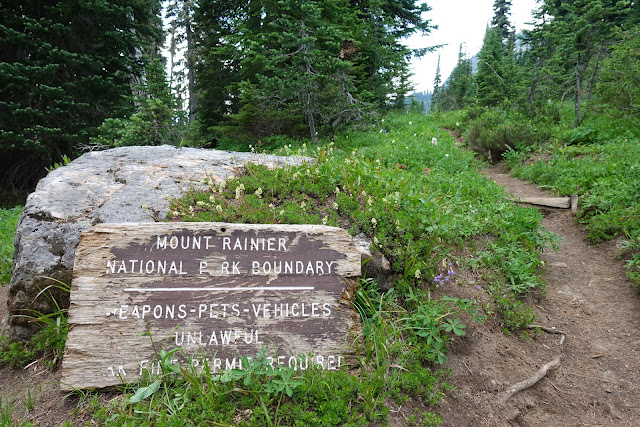 Slept like a rock. Woke up at 7. Caught up with Merv. Chatted with Alex on FaceTime. Posted pictures of Goat Rocks on Instagram.

Packed and left the hotel room at 9. Felt guilty for leaving so late because I was supposed to leave at 8. Kracker Barrel is a convenience store nearby. It’s the only food out here. I got a breakfast sandwich, a corn dog, a yogurt, 2 bananas, and a coffee. Also added Chex mix, 2 cream cheese packets, and a snickers peanut butter bar to my food bag. 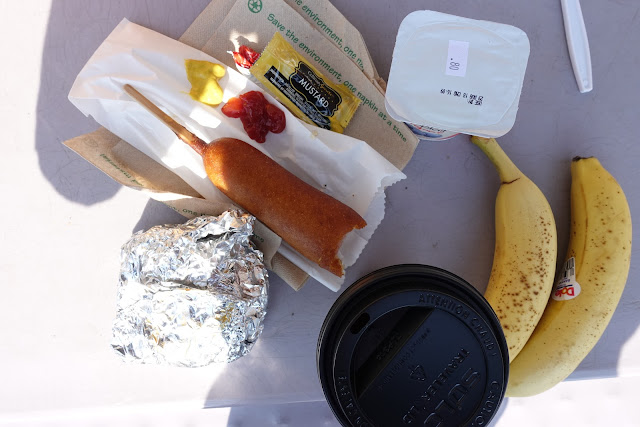 I sat with Kirby, Shane and their parents at the picnic table outside. (This couple has 2 sets of local parents who are helping them with resupplies.) Kirby’s dad had a Vietnam vet hat on. I debated whether he’d be offended or hurt if I asked about it. And of course, I couldn’t resist. He wasn’t offended at all. I’m guessing people who would rather not talk about it wouldn’t wear that hat?

Back on the trail at 10. Feeling good. But hungry! Lots of up and down today, but it wasn’t too steep 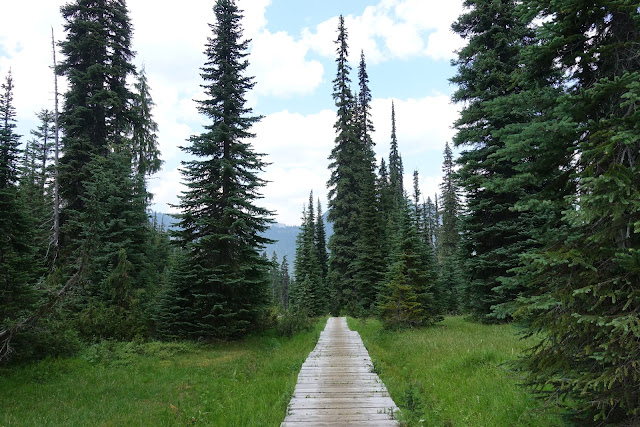 Passed the guy I saw camping outside of the hotel. He caught back up to me and then stopped and stood on the trail in my way. “Dude, we are going to same way!” It was weird. His name is Uhaul. He is Israeli. We talked about Israeli military, but he couldn't tell me what exactly he did for it. It's a state secret. 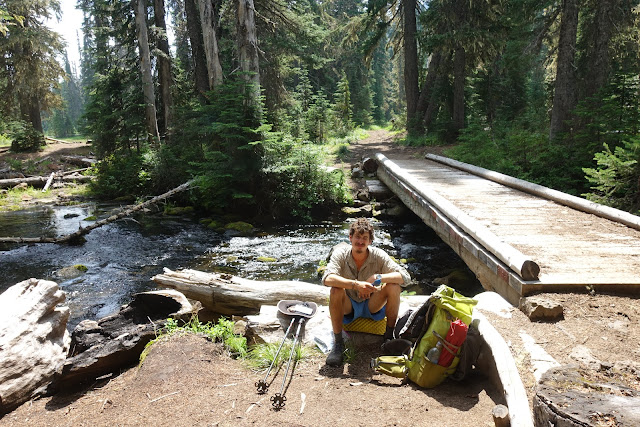 Stopped for a short break at 1. I was really hungry. Had a Nutella topped English muffin. It was perfect. 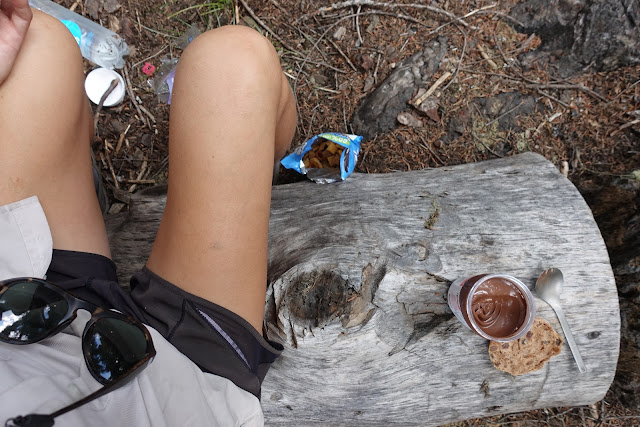 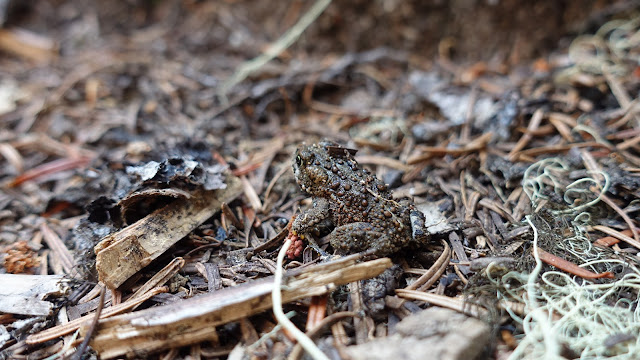 Washington is so damn beautiful. Climbed up a ridge and when I turned the corner, a huge Mt. Rainier stood on the horizon. No picture is going to do it justice. 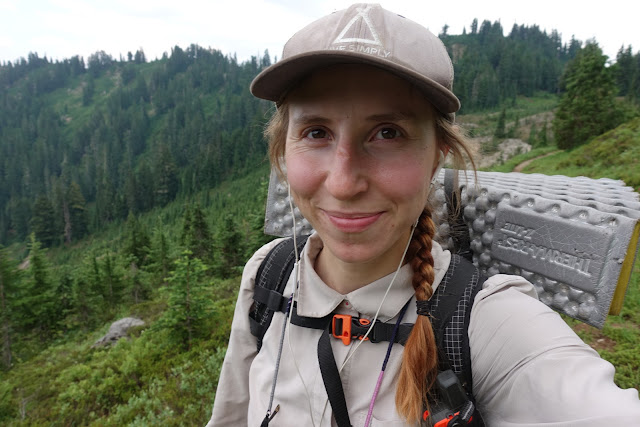 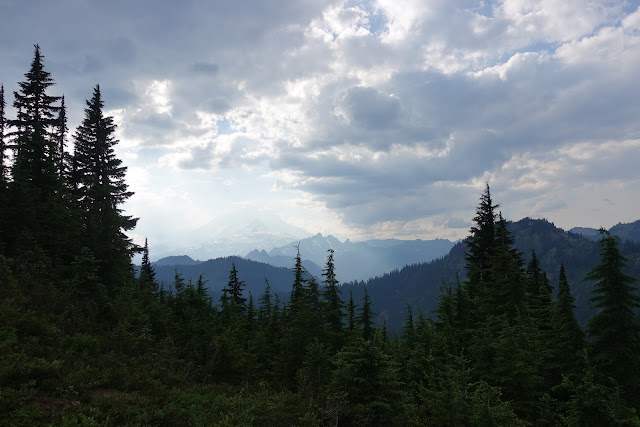 It’s really humid here. This is great because it smells like it just rained and the trail is just a tad damp and soft on my feet. But also the humidity means I’m sweating a bunch which results in my back chafing against the hip belt. I hiked most of today with the hip belt unbuckled. That’s tough on the first day after resupply, especially. 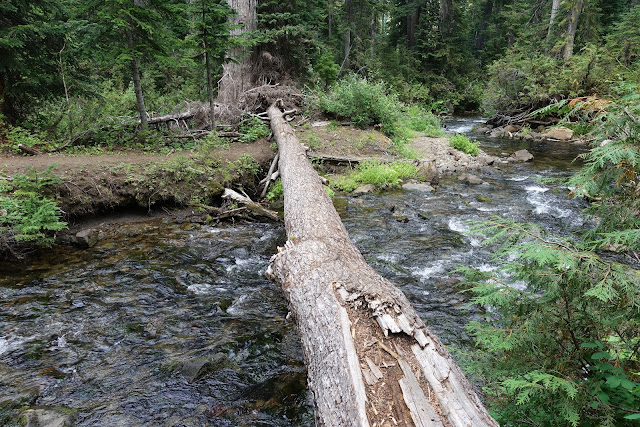 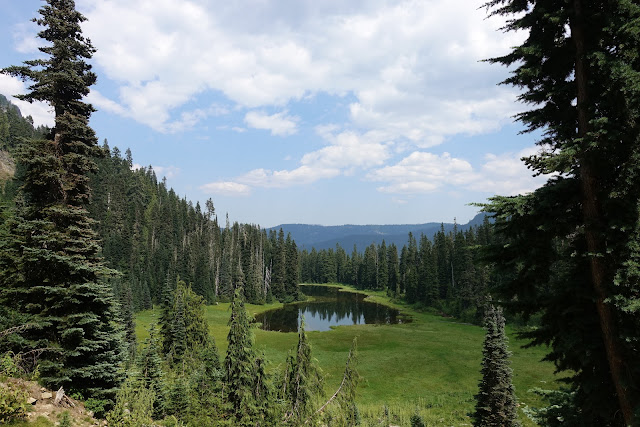 Got to Chinook Pass at 7. Even the roads are beautiful here. Walked the wrong way after crossing the highway. It was a steep downhill to a lake. I should’ve realized it was the wrong trail sooner. Climbed back out to the highway cursing myself. 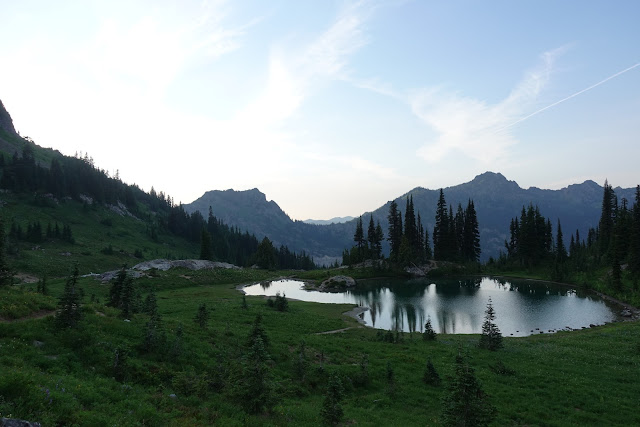 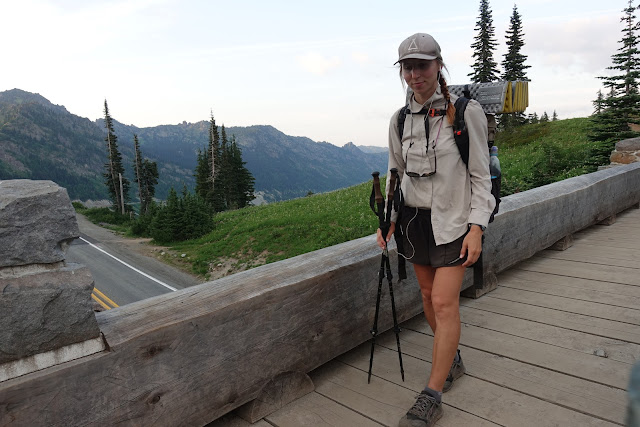 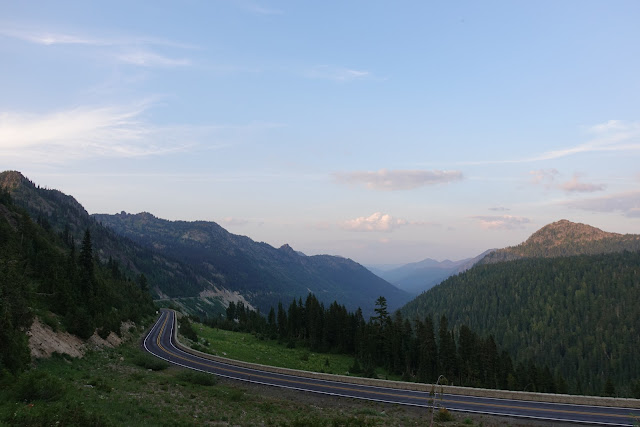 I wanted to camp on the ridge, but I was running out of daylight and decided to camp at Sheep’s Lake. Camping with a mom - Michelle, two preteen kids - Quinn and Sadie, and two little dogs.

Miraculously, there are no mosquitoes next to this lake. There were a ton of mosquitoes on the trail earlier. Past-a-roni Mac and cheese for dinner. With a chicken packet. It was delicious. 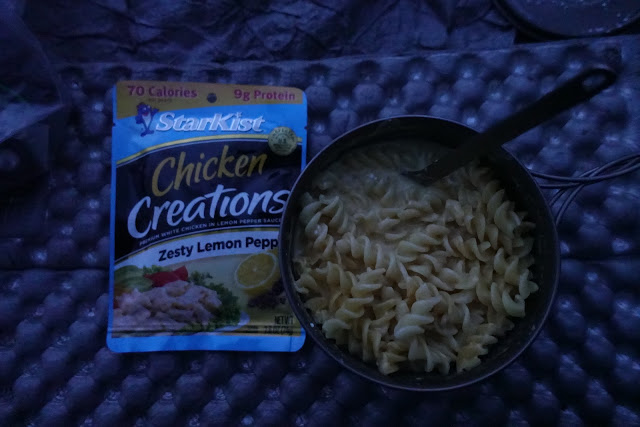 I just heard howling from the top of the ridge. It lasted 5-7 minutes. Glad to be camping next to people tonight!
Labels: pct washington