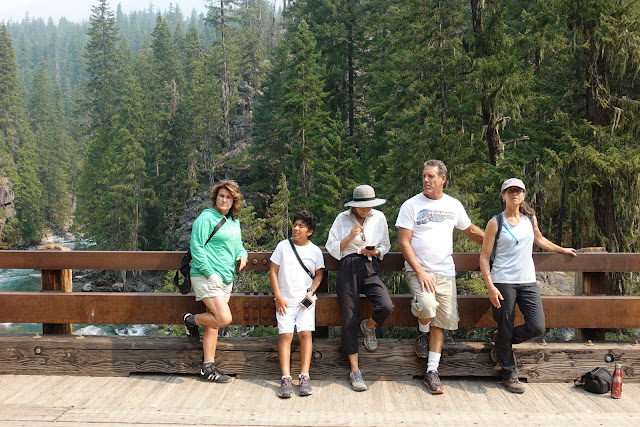 Didn’t sleep that well. Probably because I only hiked 5 miles and was not exhausted. Woke up in the middle of the night with an idea to go to Mazama from Rainy Pass to waste some time. Decided against it. 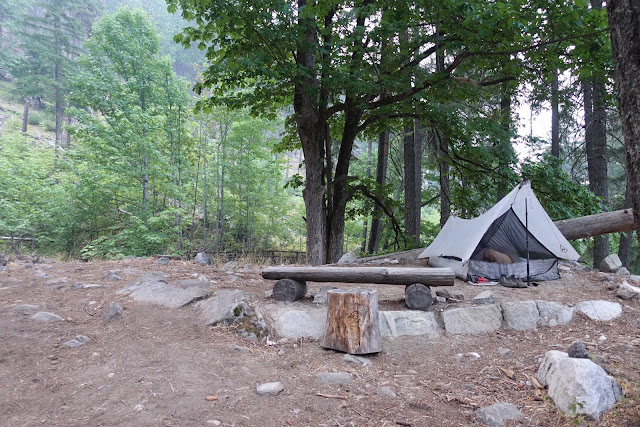 Got up at 6:30. The guys were waking up too. Our plan was to hitch to the bakery when it opened at 7:30. We were all super hungry again. Coffee, pesto croissants, and cinnamon rolls sounded so good. 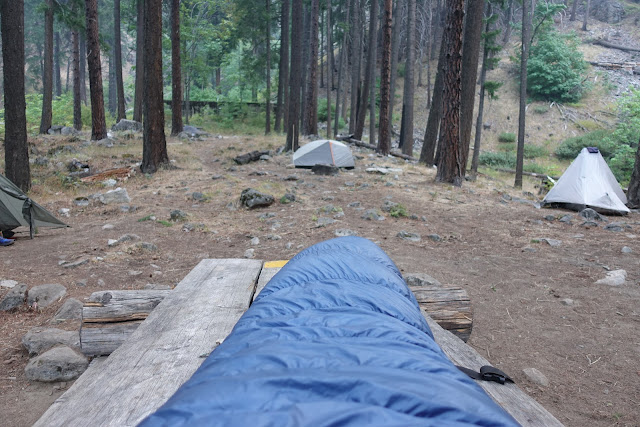 Unfortunately, that Stehekin morning traffic didn’t pan out for us. We only saw two cars go in the direction of the bakery in the 1.5 hours that we were trying to hitch. Finally, at 8, they decided to go back to the dock to pay for the shuttle and I walked. I didn’t want to pay for the shuttle twice. Once for the ride to the bakery, and then for the ride to the trailhead. It was a beautiful, albeit smoky, walk along Lake Chelan anyway. 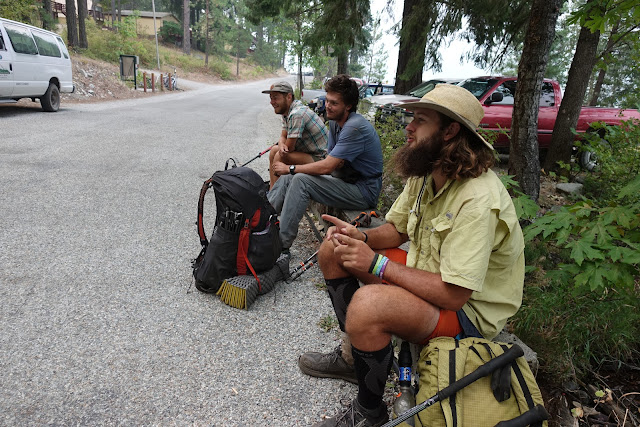 I was maybe half a mile from the bakery, when I heard a car. Got a ride with Greg. The only cars allowed in Stehekin are cars owned by locals. They have to be barged in. Greg was kind of all over the place, so it was hard to understand his narrative. But I gathered that he is on vacation with his family here. I told him about the PCT. He was so stoked about it that he asked if I would come meet his sisters.

“Would you mind? Just really quick. A few minutes.” “Sure!”, I said. But really, I was super hungry and was looking forward to chowing down on  some croissants. He ran up to the cabin to wake up his poor unsuspecting sisters while I stood horrified at the bottom of the steps. Thankfully, his sisters were nonplussed by this disturbance. They seemed to be used to this kind of event and didn’t hold me responsible.

Turns out, I met one of them on the ferry from Lucerne to Stehekin! Her name is Noreen, but everyone called her Neener. They invited me in. I was hesitant, but crazy Greg reminded me so much of John (Alex’s dad) that it was kind of comforting. I came in.

Noreen, Grai (the other sister) and I hit it off right away. They are both in biotech. Noreen made coffee and Grai made breakfast of egg, bean, chicken, cheese burritos. We chatted about work, backpacking gear, rewiring brains to be more kind, families. 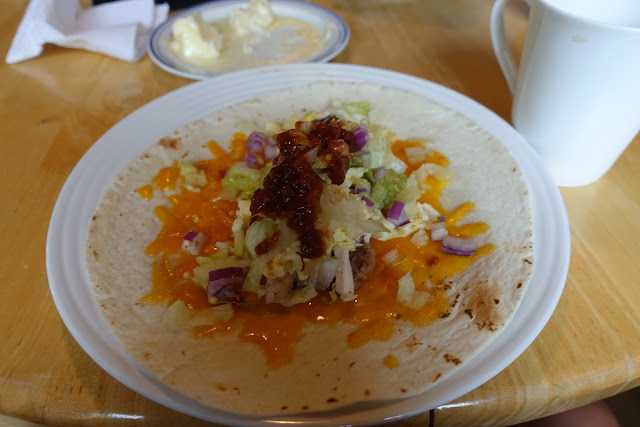 Grai has two sweet sons: Reif (14) and Shea (12). They are cute, a little shy, affectionate with each other in a bit rough way that brothers are. They were adopted from Guatemala when they were infants. And Raif, especially, listened attentively and asked questions when his mom was telling me the story. It was so so sweet.

Greg and Noreen have older children, about my age. Noreen’s daughter just got married in Chelan. That’s why they were all in town. 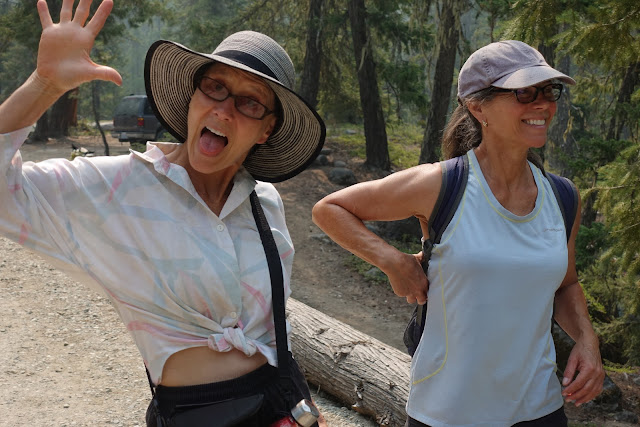 I had the best time. You know, yesterday, I kept catching myself thinking I didn’t do this right. I didn’t do the PCT right because I didn’t hike with a group. But this has to be my favorite part about the way I did it. When you are all alone, you are not following someone else’s plan for the day. You open yourself up to more experiences like this. If I were in a group, I would be more likely to say, “I’d love to stay, but my group is waiting for me.”

I ate 3 breakfast burritos. They were so fucking good. I hadn’t had a home cooked meal in months! And Grai made me 2 more burritos for the hike. 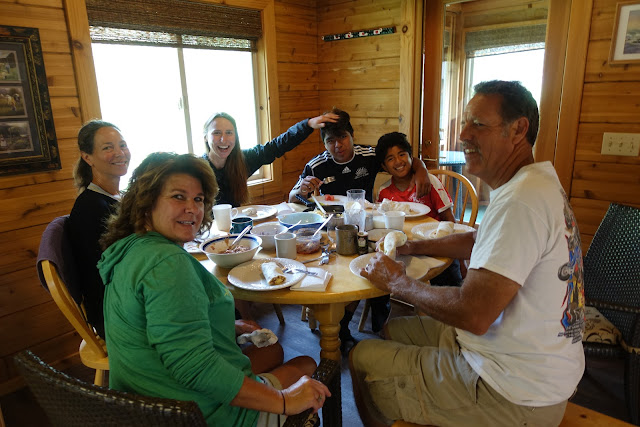 At 11, we all piled into the old SUV that came with their rental. Raif and Shea rode in the back taking turns pressing their face into their mom’s cheek. It was the sweetest thing.

Noreen was driving. At one point, Greg yelled, “Stop the car! Stop the car! Back up 80 ft.” He jumped out while the car was still moving and motioned for me to get out. He showed me elderberries and how to know if they’re ripe. What a kook!

Greg was honestly John’s slightly more impulsive twin. It was ridiculous! From the mustache, down to cargo shorts, white socks, and sketchers. I’m so glad I decided to walk to the bakery and he picked me up. 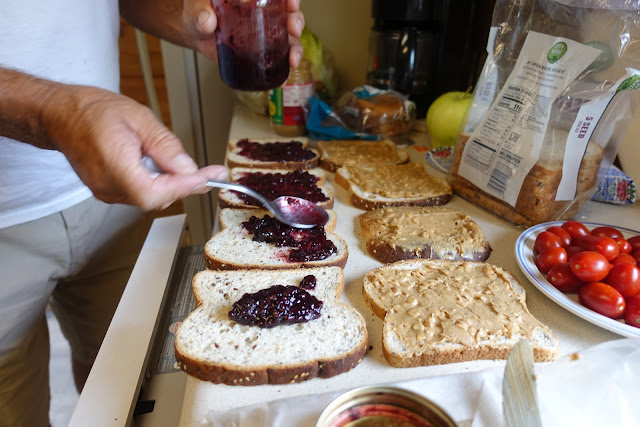 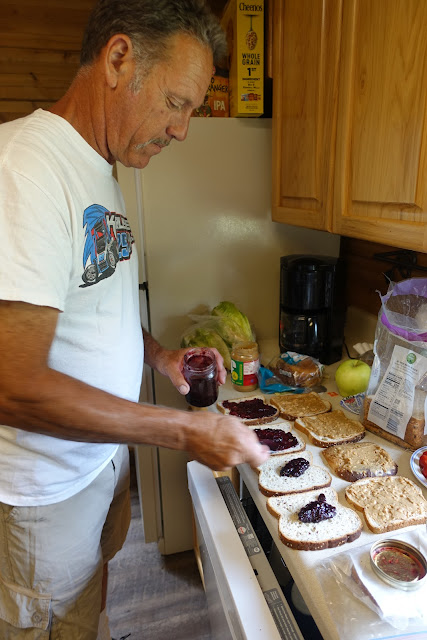 We took some pictures and exchanged email addresses on High Bridge. And we finally said goodbye and I hiked on at 12. 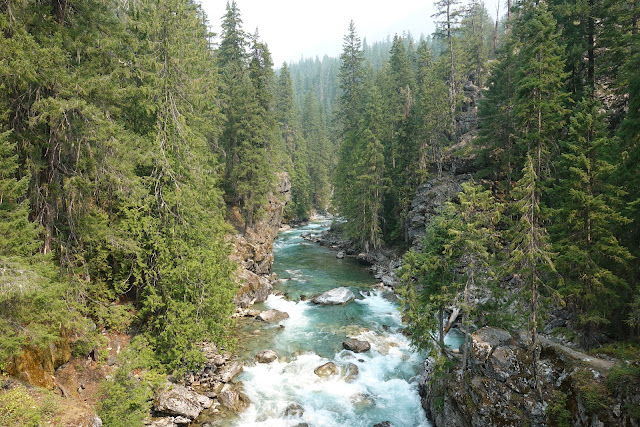 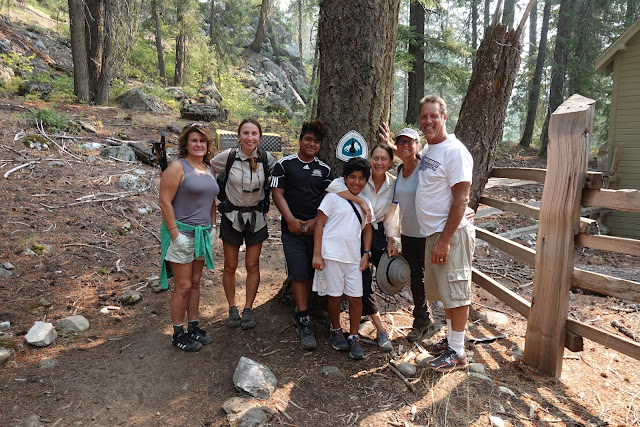 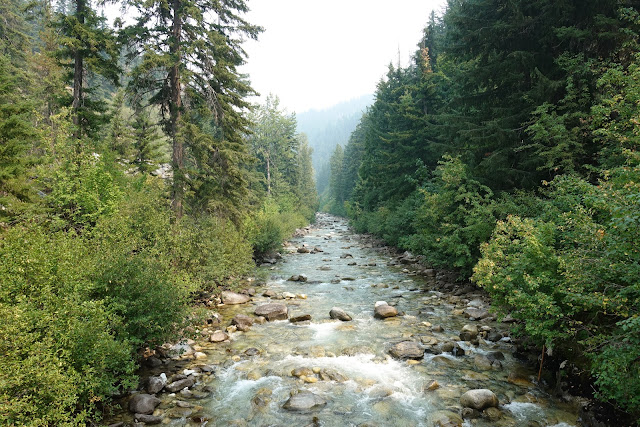 I paused at creeks to fill up with cold water, added huckleberries to my water, listened to Hamilton. Saw a pair of red-headed woodpeckers. 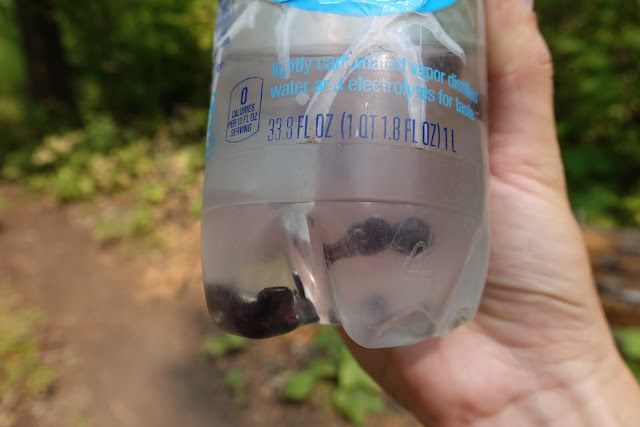 Lightning passed me when I stopped for lunch. He left after the group because he was looking for his phone all morning. He had lost it last night. And whereas I would’ve been freaking out and telling myself how stupid I was for losing it, he was totally chill and confident that he would find it the next day. Such man confidence. I’d love to have some of that. 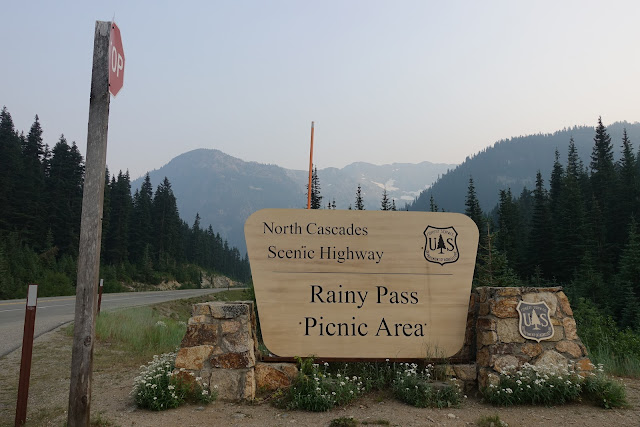 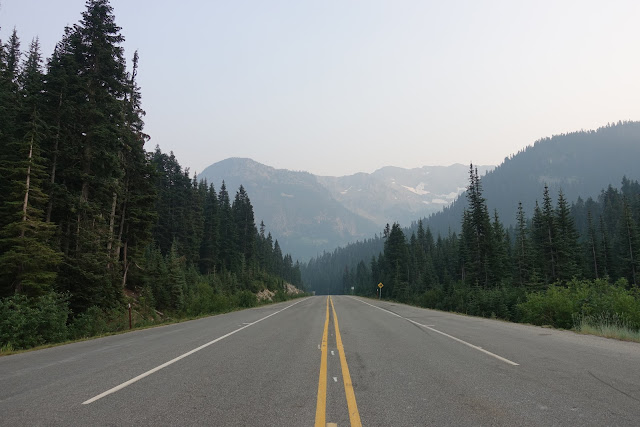 Finally finished The Everything Store. Passed Ariel and Hazard before Rainy Pass. Took advantage of the spotless pit toilet in the parking area. Camped 1.7 miles after the pass. 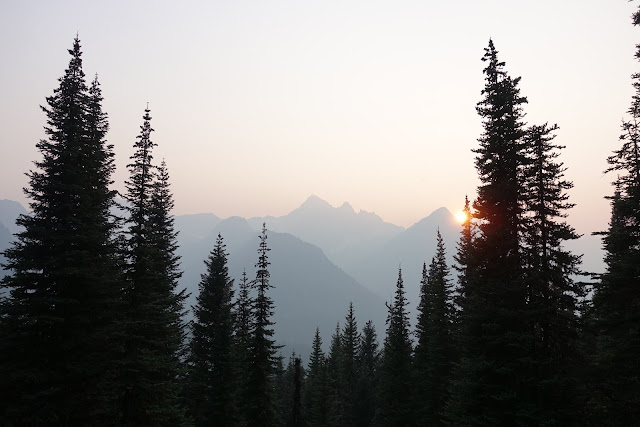 Camp at 7:30. Such luxury. Ramen for dinner, cheese danish from the bakery for dessert. I packed so many treats for this last stretch. It is ridiculous and my pack is ridiculously heavy. #worthit 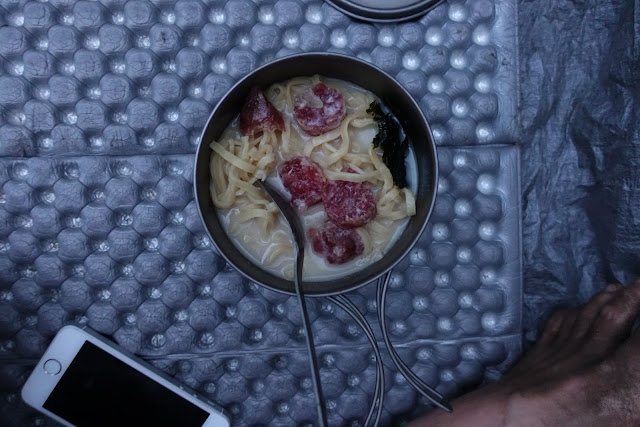 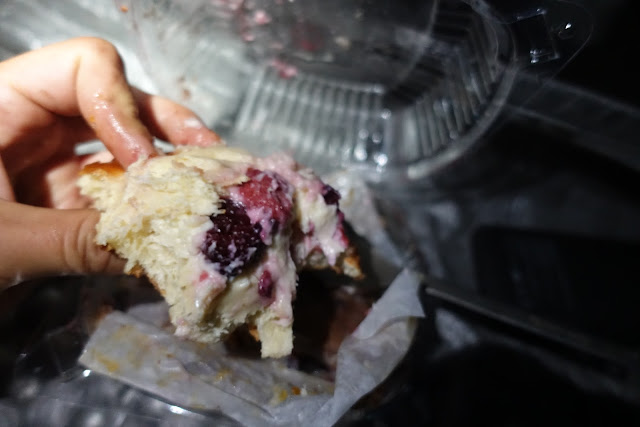