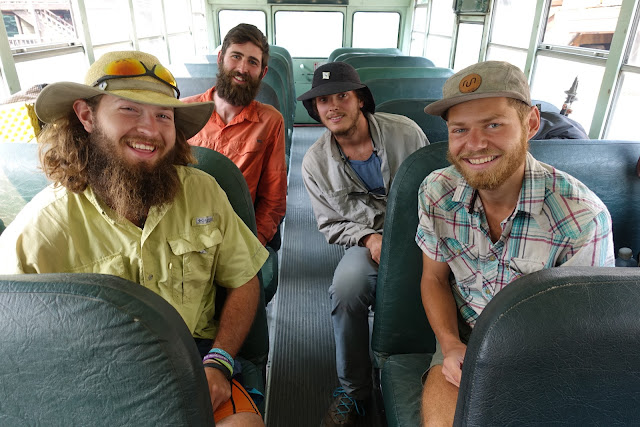 Woke up at 5:45. Considered not eating breakfast because I’m going to Holden Village. Too cold to get up and put on a wet left sock. Decided to make 2 packets of oatmeal while I packed. Unfortunately, the oatmeal ended up on the mesh floor of my tent because I knocked it over putting on my shorts. I scraped it back up into the pot. 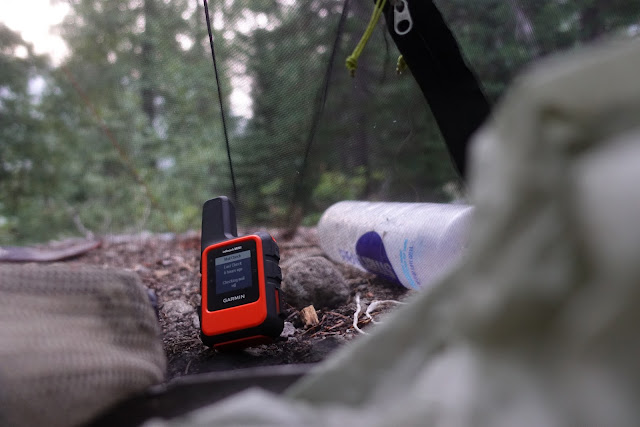 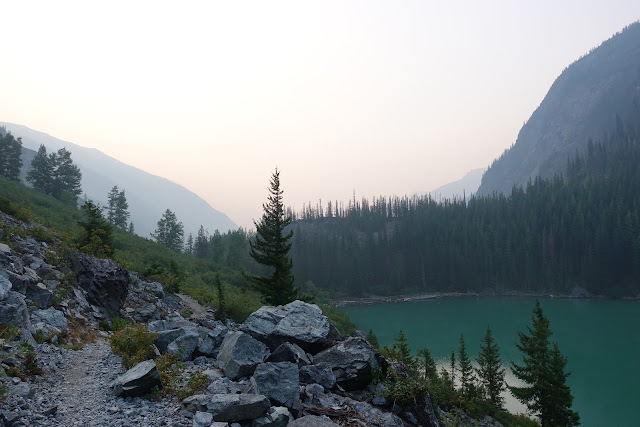 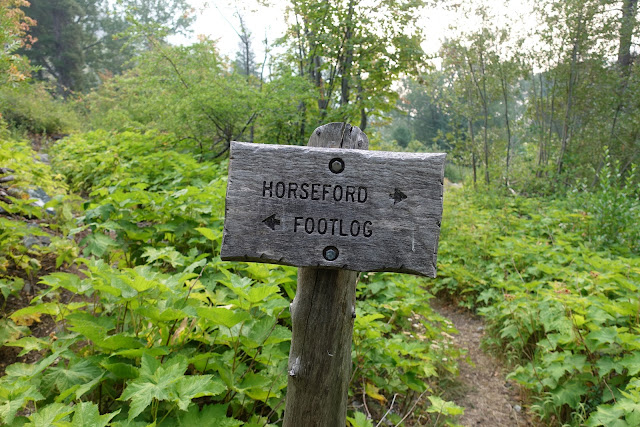 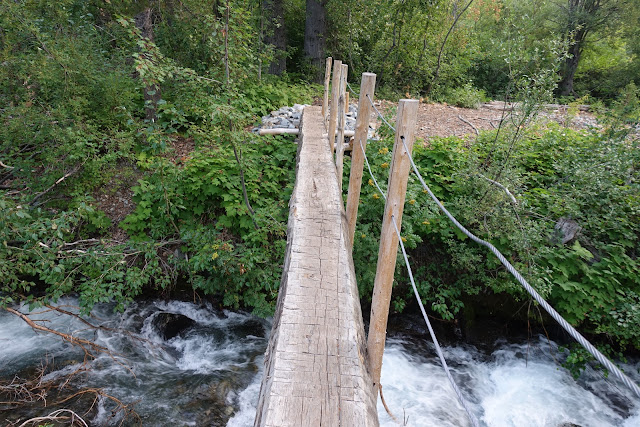 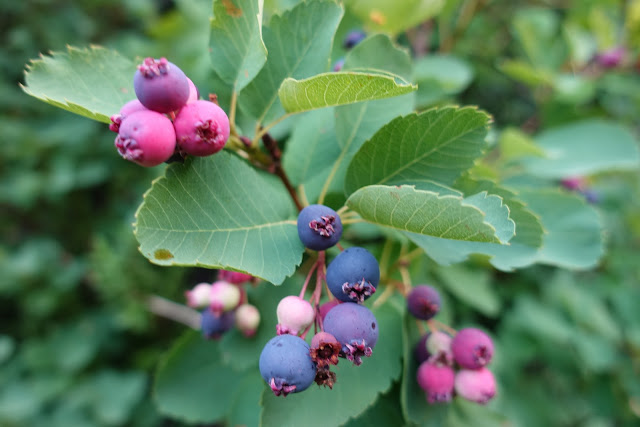 Hiked out at 6:45. 4 miles went quickly. I was at the trailhead with a bunch of information posted. Quickly scanned it and saw that breakfast ended at 8:30. Agh! It was 7:55. Time to run the last mile. 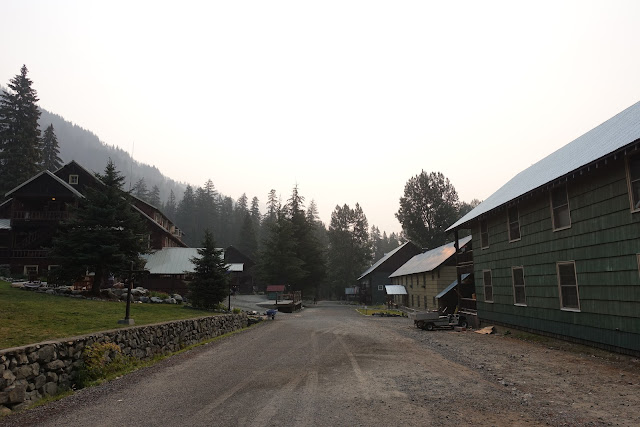 I need to remember to post the map of me frantically looking for the dining hall once I was there. I’m losing it! Paid for breakfast and the shuttle to the ferry. Saw Jolly, Lightning, and Frick in the dining hall. They waved me over, but I had already set down my food at a table by myself. I stayed.

I had 2 bowls of yogurt with mango and blueberries, 1 bowl of cereal, an apple, 3 cups of coffee, and 8 pieces of toast. The butter was perfectly spreadable with those fat spatula-things. Butter, peanut butter, and apricot jam was the winning combination.

Oh! One more funny thing about the dining hall. They had all these signs about washing your hands everywhere. “Have you washed your hands?” “You can stop the virus!” “Wash your hands before getting seconds.” And they had hand washing stations everywhere. I loved it. I washed my hands so many times that morning. (Mostly because I kept going back for more toast.)

Did laundry. I wore a lost and found long sleeve and boxer briefs. Sat on the porch with the guys and chatted about that last stretch. Oof. It felt nice to talk to someone who also went through it. 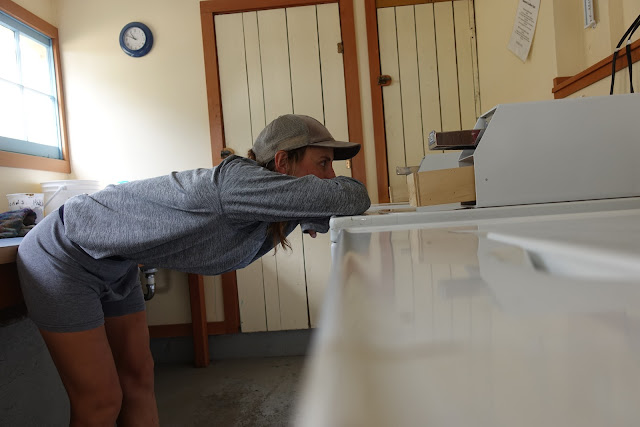 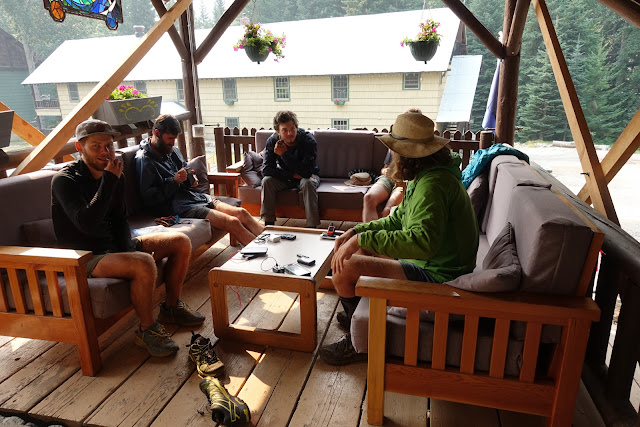 The rest of the day is kind of a blur. Bus, ferry, bakery, Stehekin. Everything was happening at a faster than 3 mph walking pace! 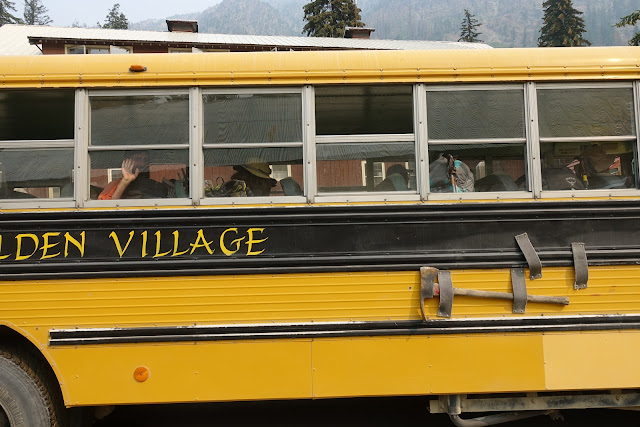 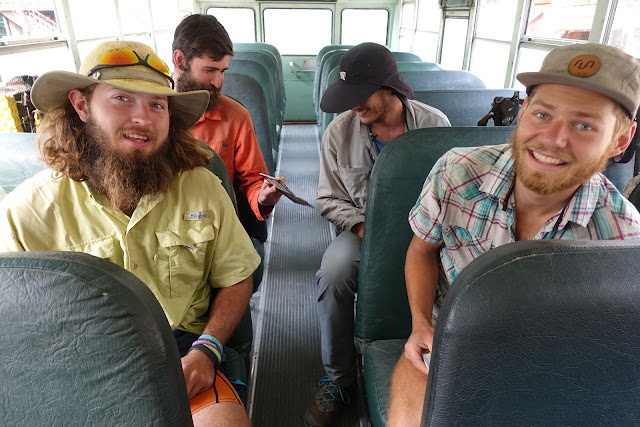 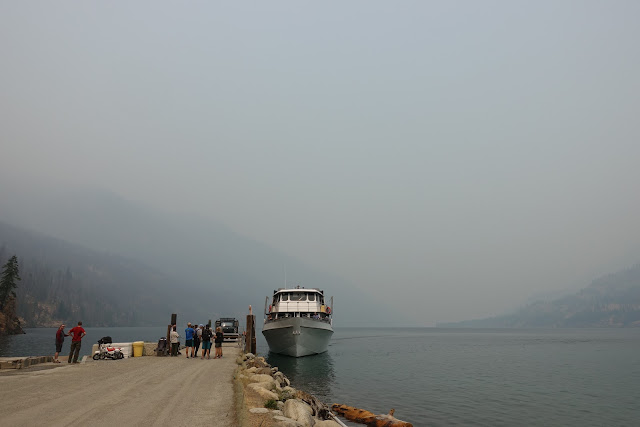 Saw Extra Mile when we were getting off the shuttle. She had skipped from Steven’s Pass to here. Lightning was pissed! They don’t get along. 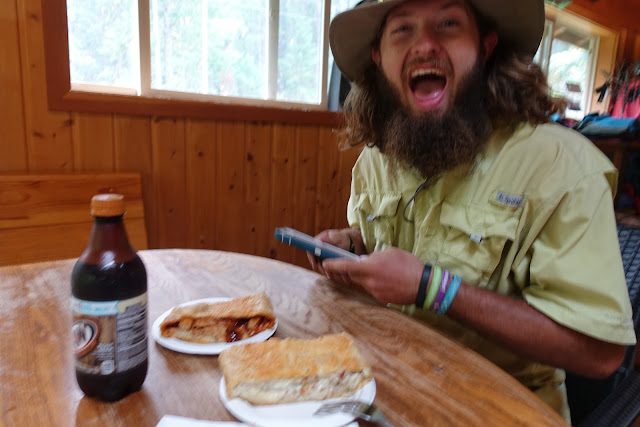 The bakery was really as amazing as everyone says it is. It’s 2 miles out of town, which is a pain. But we took a shuttle. I got a chicken ranch calzone thing. And then a sticky bun. It was really good. But I felt spoiled because I had already eaten good food today.

The guys put down a bunch of food.  Lightning got an ice cream cone of Maui Wowie flavor after eating 2 calzone things. And Frick ordered a piece of pie a la mode 5 minutes before the last shuttle left. And he finished it. 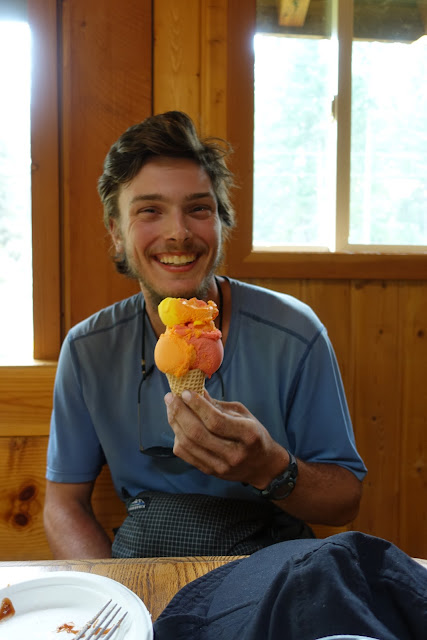 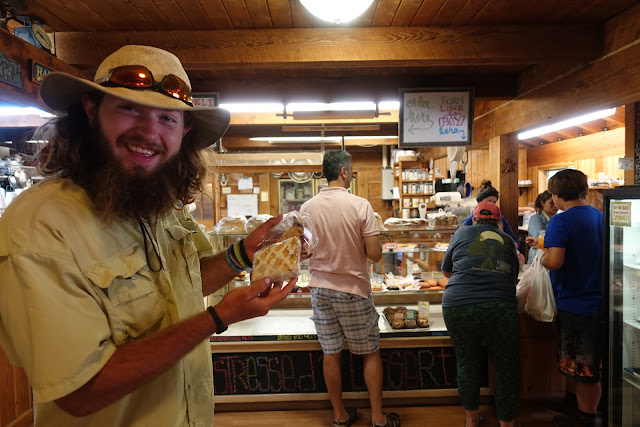 Back in town, I got my last package. It was forwarded from Packwood. It had a bunch of moldy baked goods and warm kombucha! The whole town is along Lake Chelan, so I put the kombucha bottle in the lake to chill it so I could have a shower kombucha. 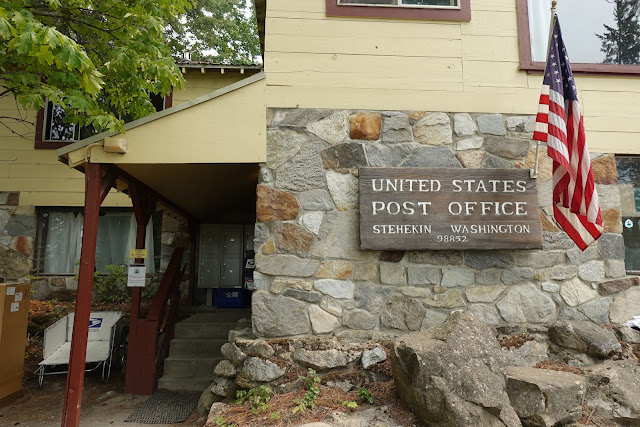 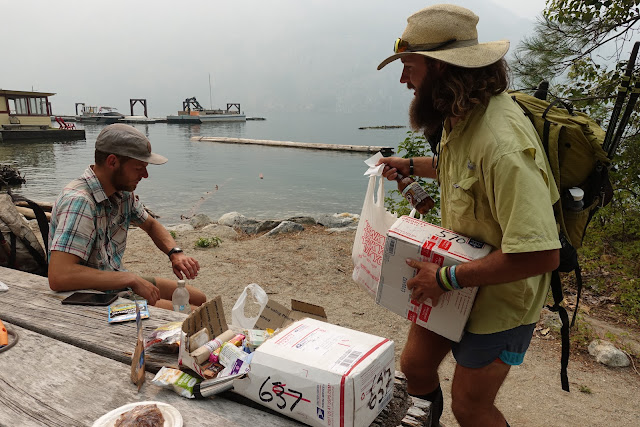 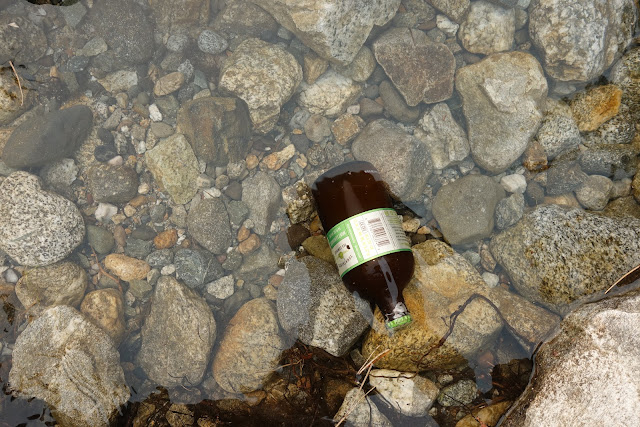 The guys packed up their resupply and went to the campground. I stayed staring at my last resupply. I got sad. I think because it’s almost over and I haven’t changed. The trail hasn’t changed me in any way that I wanted it to. I wanted to be more chill and easy going. I am decidedly not chill. And I doubt these last 80 miles are going to help. Bleh. 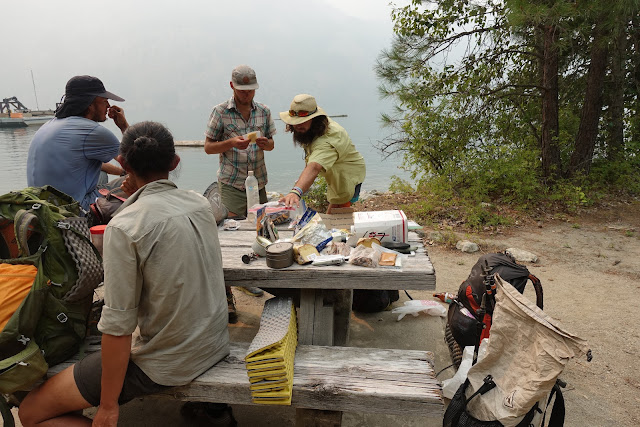 Went to the public shower. The guys had already set up camp and walked back to the shower. I was the last of our group to take a shower. I took 10 minutes, 8 quarters. It was kind of gross but nowhere near Timberline Lodge gross. The water just wouldn’t drain and the whole bathroom had 2-3 inches of standing water.

Talked to Alex on the pay phone. We talked about the logistics of the meeting at the border. Met the guys at the lodge restaurant. I had salmon with vegetables and spinach. It was fun to chat and laugh with the guys reflecting on the trip. We sang Hamilton and debated some disputed lyrics. Jolly and Lightning thought it was “looking for a minor to work”. At one point, Jolly was laughing so hard he farted like a minute long fart. 60 seconds, guys. This might’ve been the highlight of my trip. (He was laughing at the math of dividing bread sticks. You had to be there.)

I got the restaurant to microwave my sticky bun leftovers. Walked to the campground eating it. Dropped it. Picked it up and kept eating it.

I’m cowboy camping on top of a picnic table. Not too many great spots to pitch. Plus I hadn’t cowboyed in a while. Jolly told the story of starting the trail with his girlfriend. Then meeting Lightning. Fuck, I wish I had gotten to know them sooner. 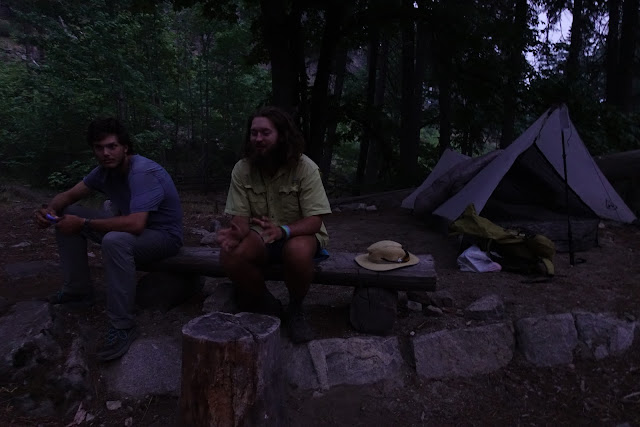 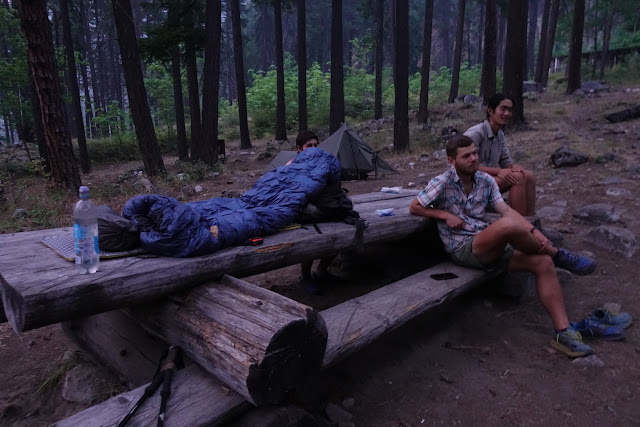