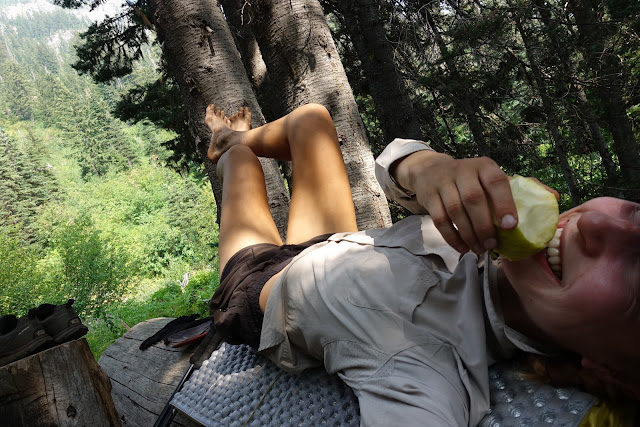 Woke up at 5:30. No rush today. Back to sleep. Packed up at 6:30. Ate breakfast with Wilson Wilson and Bent at 7. They’re the two guys I met camping near me last night. Stayed at camp and wrote until 9. 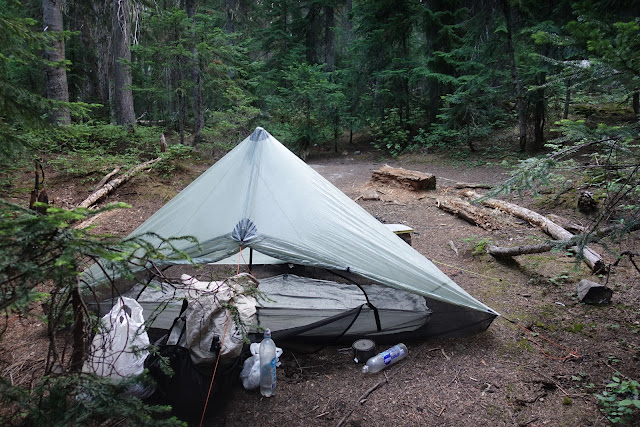 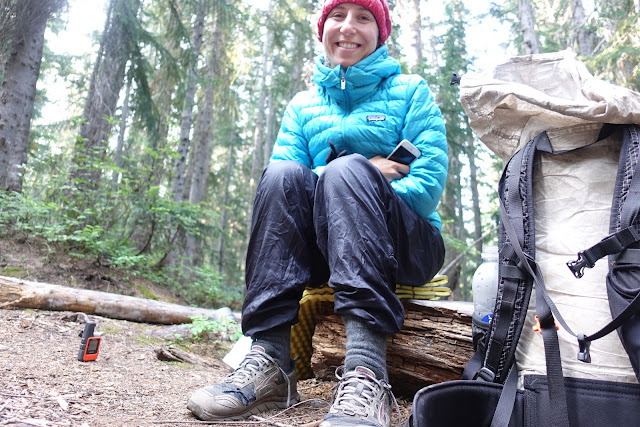 My fingers and toes were numb from the cold.

It’s so weird to not have to do big miles. People were passing my campsite and I didn’t like it. I pass people who dilly dally at their campsite, not the other way around! 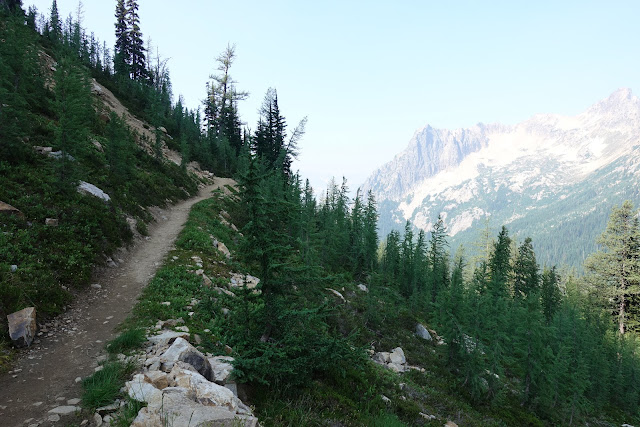 Brr. It’s cold! I welcomed the climb because it was warming me up. Passed all the people that passed my campsite this morning. Passed Hazard just before getting to the top of Cutthroat Pass. He kept up behind me. 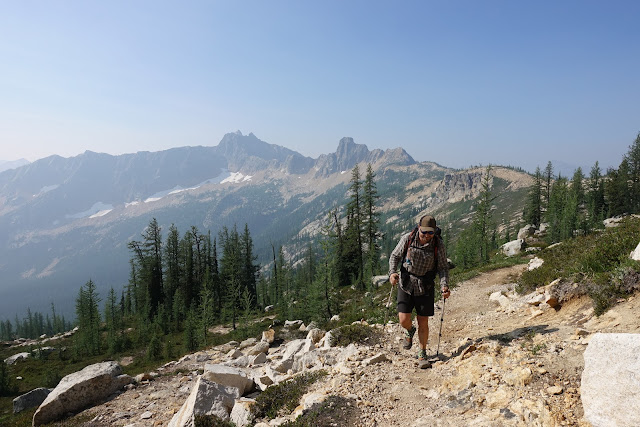 Hazard is finishing the PCT after his attempt last year. He didn’t want to hike around the fires last year. At one point, he said something about having to hike back to Hart’s Pass because he didn’t get the Canadian entry permit. Turns out they denied it because he had a felony for selling drugs. Haha. Now we had a real conversation topic. Before was all small talk. 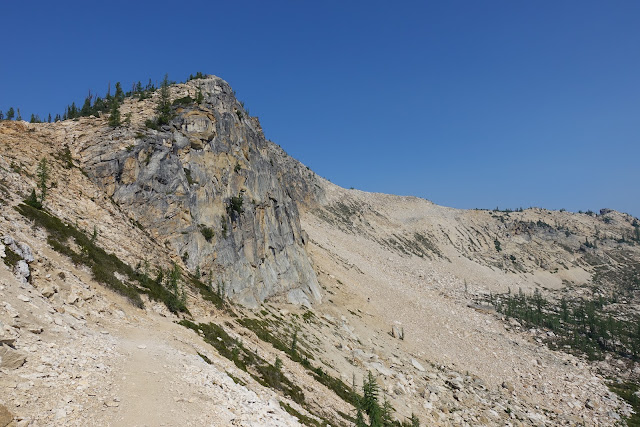 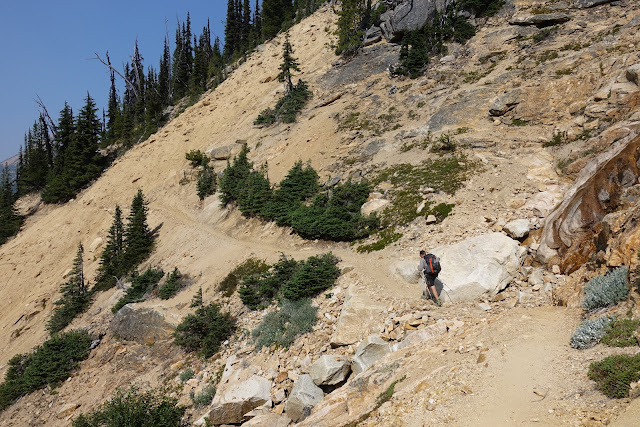 Passed Ariel, then Wilson Wilson and Bent. I finally lost Hazard on the way up to Methow Pass. Passed 3 gorgeous llamas going SOBO. 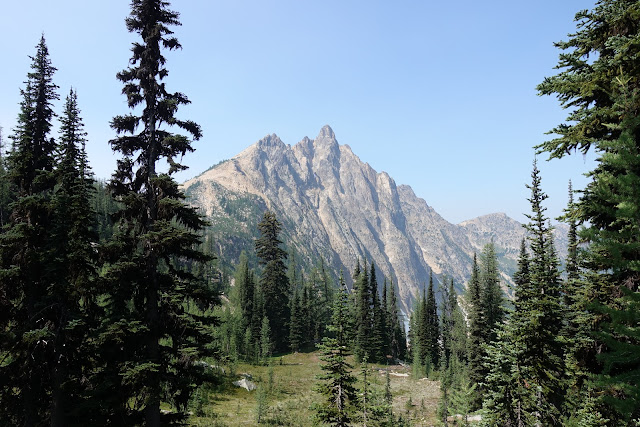 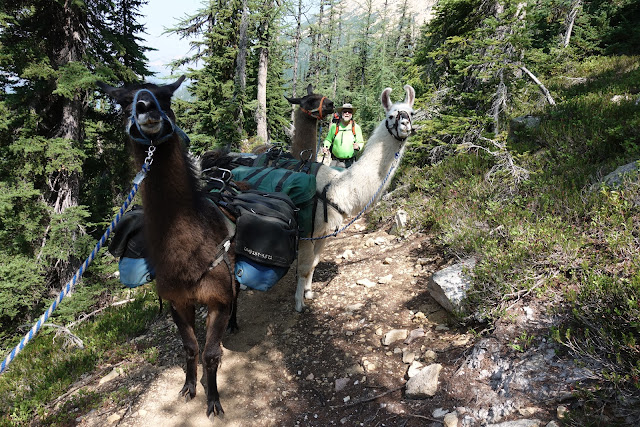 Listening to Hamilton, then MBMBaM. Took a lunch break at Brush Creek. Washed my socks, aired out my feet, responded to messages, laid out on a log leisurely eating an apple. What a life. 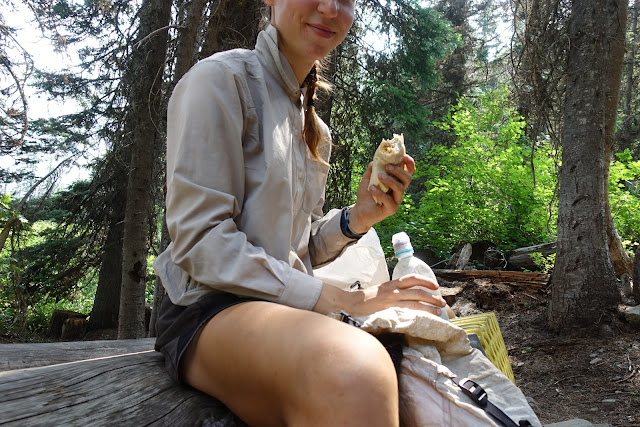 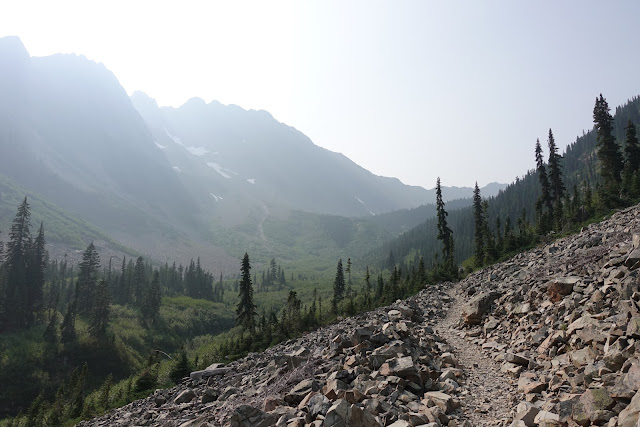 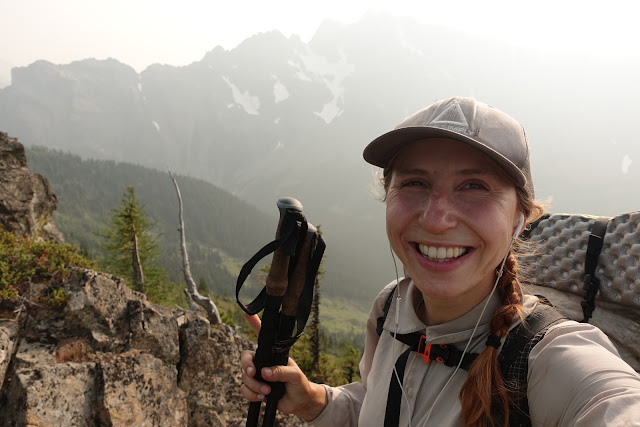 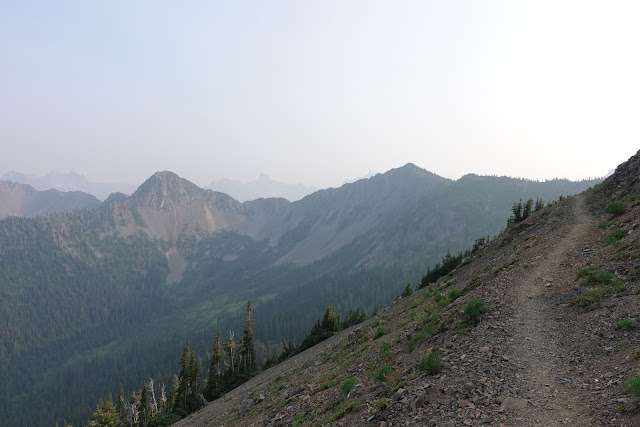 I was listening to This American Life about magic. When out of nowhere I heard Teller’s voice. The main story was the story of how Teller worked on a new trick to show Penn. Very cool. 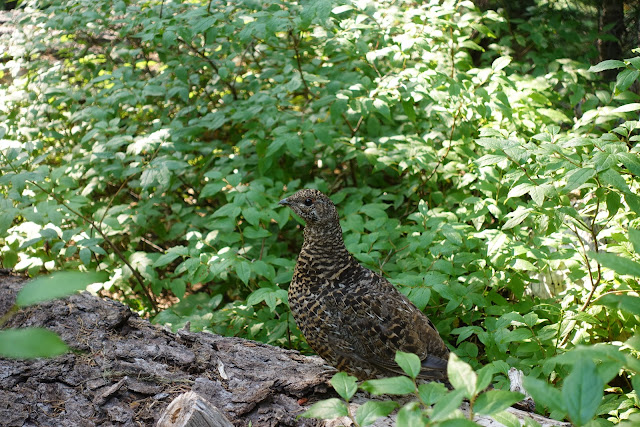 Annoyingly, you come to the road that leads to Hart Pass, then the trail meanders around this mountain to come to the campground at the actual pass. I arrived at 8. 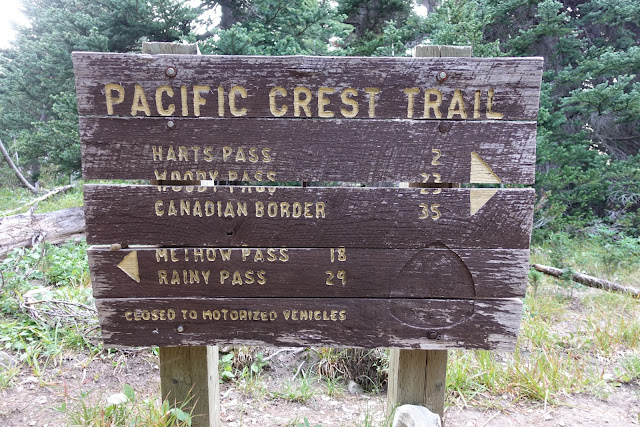 I had miscalculated on water and was really thirsty. There was nobody around. Saw a thru hiker tent set up and said hello at it. The guy was sleeping and I felt really bad. There’s no water here, but he said I was welcome to use his site. He had already paid the $8. I apologized, thanked him, and walked on. 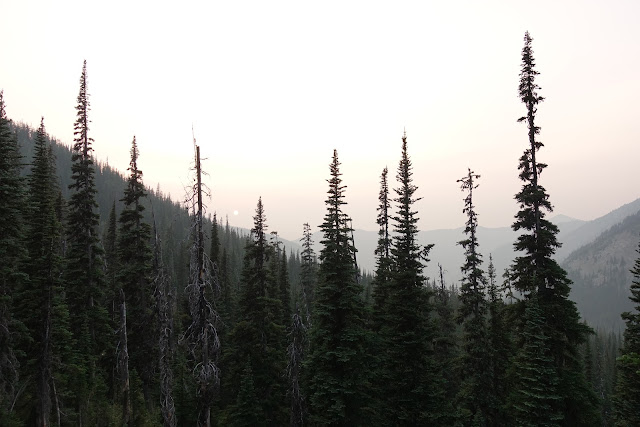 Camped 0.3 miles later. Dropped off my backpack and ran 0.1 miles to water and back.

Ramen one last time. Sleep at 10. Garmin put me at 31 miles today. Not bad for a 9 am start and leisurely break.
Labels: pct washington